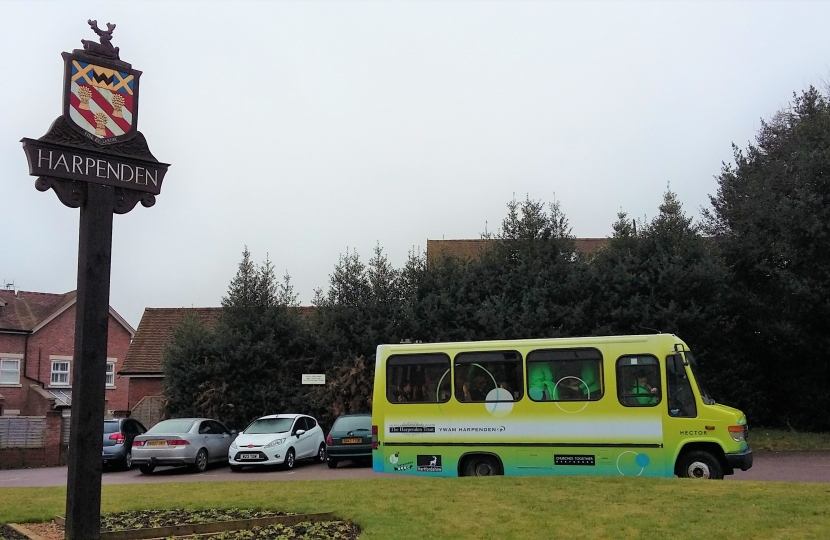 St George's School in Harpenden was named Comprehensive School of the Year by the Sunday Times. This comes as the school leapt over twenty places up the league tables to become the 88th best state secondary in the country and became the 4th highest ranking school with a non-selective intake.

Our local MP Bim Afolami commented, "I am so pleased for the school. This is a real reflection of the determination and hard work that all the teachers, students and staff put in every single day and it is rightly deserved. I have written to the head to pass on my congratulations to her and everyone at St George's School who continue to provide the education that every student deserves."

Harpenden North East County Councillor David Williams, who is leader of Hertfordshire County Council, said, "My family has enjoyed close links with St George’s – both my children attended the school and my wife worked in the Learning Support Department – so we were thrilled to learn that it had been chosen as The Sunday Times Comprehensive School of the Year. St George’s has consistently delivered an outstanding education for its students alongside a range of broadening activities and opportunities. It truly merits recognition as one of the county’s leading fully non-selective schools.

The motto of St George’s School, Harpenden is “Aim Higher” - so it’s very fitting that the school has been chosen by The Sunday Times Schools Guide 2018 as its English schools “Comprehensive School of the Year”.

St George’s, which became an academy in 2012, was recognised as a consistently high performer and is one of just four fully non-selective schools to be ranked in the top 100 state schools.

While academic success is taken seriously, Ofsted, in its 2014 report described St George’s as providing an outstanding education for its students. It also reported “students enjoy an exciting and stimulating curriculum. A diverse range of additional activities helps them to develop their spiritual, moral, social and cultural understanding extremely well.”