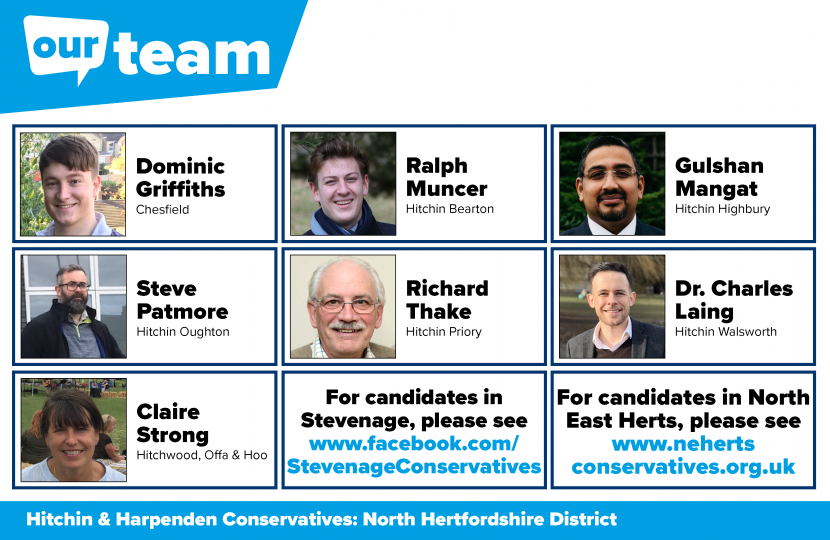 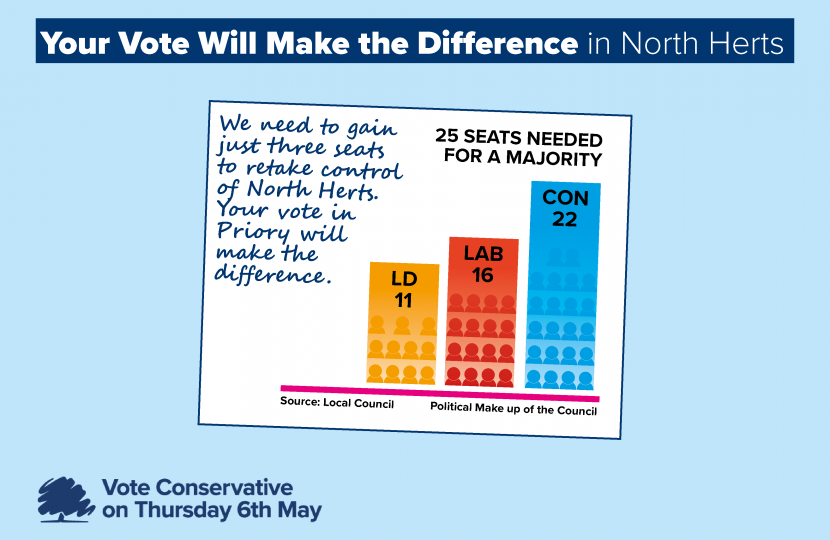 Labour and the Liberal Democrats have been letting people across North Hertfordshire down since they took control of the Council in May 2019. Their record is one of broken promises, unambitious policies, and failing to deliver on your local priorities.

Just this year they have hiked Council Tax by the maximum amount, raised car parking charges in Hitchin by up to 13.6% just as businesses can start opening their doors again, and voted against a Conservative motion to invest in an ambitious re-wilding project (despite Labour something similar in their manifesto for these elections). Faced with maximum tax rises at a time of great hardship, residents were appalled when Labour voted to increase Councillor allowances in May, stopped by a strong Conservative opposition.

A Conservative administration will deliver local residents' priorities. We will:

We need just three seats to take back control of the District Council, and a vote for anyone else is a vote for more of the same with Labour. In Hitchin, Great Ashby and the villages, you have a great team of local candidates who are committed to delivering for our communities. They are:

You can find out more about them by clicking on their profiles on the left hand side of this page and I hope that they can rely on your support on Thursday 6th May.