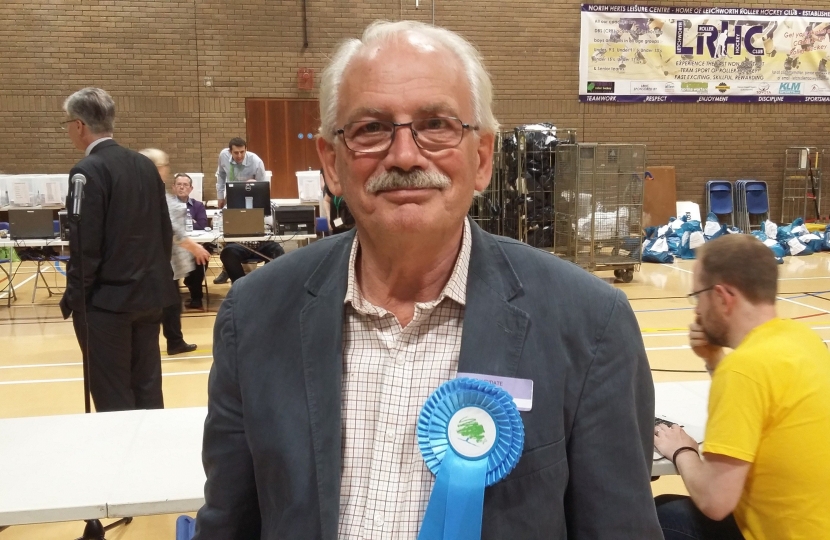 Richard was born in Hitchin and has lived and worked  in the area all his life. Married to Jane, Richard has 5 children and 7 grandchildren. First elected to North Hertfordshire District Council in 1990, he is a Governor of Hitchin Boy’s school and the North Herts Educational Support Centre and is also is a trustee of a number of charitable bodies.

Richard is the immediate Past Chairman of Hertfordshire County Council and a former portfolio holder of a wide range of departments at both District and County level, including Environment, Planning, Transport, Education and Community safety.  In addition, he has represented the Conservative District and Borough Councils in Hertfordshire on planning issues and Fire and rescue matters, at a national level.

On being re-selected as the candidate for Hitchin Priory, Richard said, "It has been a privilege to represent the residents of Hitchin (Priory Ward) on the District Council for more than 30 years. I am really pleased to be selected as the candidate for the Local elections in May 2021 and am keen to continue to offer my support for all residents of the ward if I am re-elected for another term.”

“We live in very challenging times with immense pressures on the towns, villages and countryside which will have a huge impact on people’s lives. It is essential to get the best possible outcomes.”

“My priorities are to seek maximum contributions for infrastructure from developers, including affordable housing and education, to try to maximise brownfield site development to reduce the need for Greenbelt and Greenfield loss and introduce rewilding and tree planting schemes to escalate the fight against climate change”.

On being re-selected to fight the Knebworth & Codicote division, Richard said, "I am really pleased to be selected as the Conservative candidate for this election. Over the years, I have always done all I can to help any resident who asked me for help or advice and I am keen to continue to use my knowledge of local Government  for all residents of the division if I am re-elected for another term."

Get in Touch with Richard 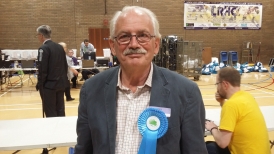